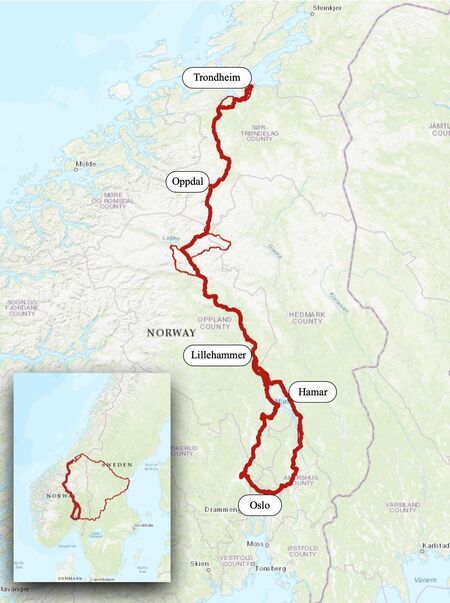 Bicycle route for pilgrims from Oslo, touching Mjøsa, the largest lake of Norway, through the splendid valley Gudbrandsdal, over the mesmerizing Dovrefjell planes to Trondheim.

Santiago, Rome and Jeruzalem are known as the three best known and classic destinations for pilgrims in the Christian world. But Trondheim in Norway was in the medieval period just as relevant as a pelgrim destinaton. The pelgrims walked up to the grave of the holy Olav in Nidaros, as Trondheim was called back then.
Since the end of the previous century numerous routes were mad acccessable again for the modern pilgrim and the Nidaros cathedral (Nidarosdomen) in Trondheim is the destination of no less then nine pilgrim routes called St. Olavsways.

Most pilgrims choose for the wonderful Olav's way from Oslo to Trondheim, also called Gudbrandsdalsleden. There are two routes from Oslo, an eastern and a western route. They meet again in Lillehammer. The eastern route is the historical route, de western route is een countryside alternative.
The St. Olav's way is an excelent alternative to pilgrim routes to Santiago that become busier by the year. The populaity of the route between Olslo and Trondheim, but pales in comparison to the most popular route to Santiago de Compostela (Camino Francès). In comparison: 300.000 pilgrims arrive in Santiago every year. In Trondheim that's around 1500, where 600 start in Oslo. The other 900 pelgrims took a different route by foot or – in a smaller number – by bicycle.

A pelgrimage on the bicycle

A bicycle route is derived from the St. Olav's way by Gea van Veen. Click here to order a copy.

The guide is presently only available in Dutch, but will be translated to English in the future. When there is sufficient demand, the guide might be translated to Norwegian en German as well. If you interested, please contact us.

Something for you? Please read all useful information under Practical.

More information about the creation of the bicycle route can be found here: On Two Wheels.

Disclaimer: The information about this route is collected with the greatest care. Opening times, routes and available accommodations can vary over time. Via Gaia can not be made responsible for any consequences and/or damages through the use of the contents of this website and the guide.
Some texts on this site have been used with permission from www.pilegrimsleden.no

Here you can order order the Dutch bicycle guide of the St. Olav's Way (Het Olavspad). Read: How to use the guide as a non Dutch-speaker. 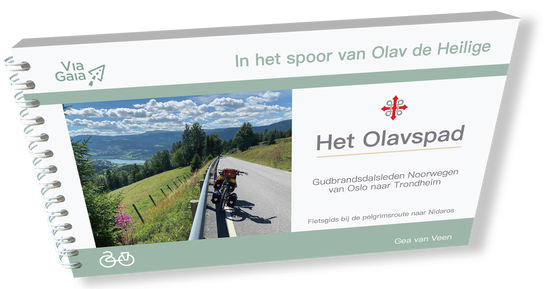 The guide is presently only available in Dutch, but will be translated to English in the future. When there is sufficient demand, the guide might be translated to Norwegian en German as well. If you interested, please contact us. 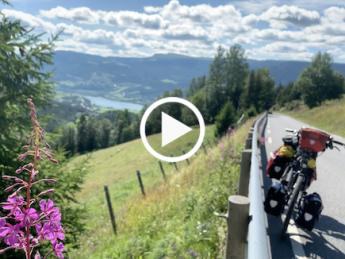