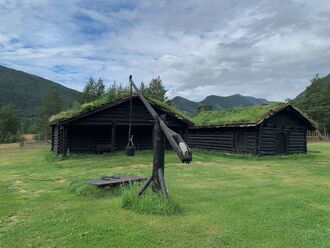 Near Rondane you can find the Middelaldersenter Jørundgard. This medieval farm was built as the film set for Liv Ullmann's Kristin Lavransdatter film which is based on the trilogy. The trilogy itself is loved inside as well as outside Norway and reprints of the book in numerous languages are still being made.
The hefty volume of over a thousand pages leaves a lasing impression on many of its readers. It is not only a story about a woman of flesh and blood, its also a historically accurate account of the medieval times, with the hard farm life, religion and the tension between the catholic and traditional beliefs and history of Norway. As one might know, the emotions and things that drive people are the same throughout the ages. 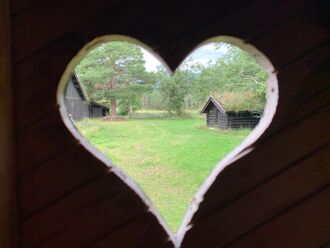 Traces of the past

The places and people (apart from the main characters), are based on places and people that existed at the time. Many of these locations are in Gudbrandsdalen and on the route to Trondheim. For the people who read and love the books, the guide has references scattered along the route. But also the pilgrim who do not know the story will encounter ‘Lavransdatteria’. Jørundgard is the farm where Kristin grew up, and in the book it is situated in Sel, where it can be found these days as a film set. This set functions as a decor for the theater version of Kristin Lavransdatter. Near Skaun you can see the foundation of the house ‘Husaby’ where Kristin and Erlend lived. Kristin even made a pilgrimage to Nidaros. 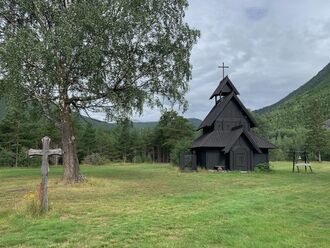 Kristin Lavransdatter is placed in the fourteenth century and describes the life of Kristin, an independent daughter from a farmers family. The story revolves around the struggle between her own will and her environment with religion and obligations towards her family and the people around them. As a small child, Kristin and her father have a warm relation, but as a teenager she broke her fathers trust by falling in love with knight Erlend and got even pregnant. This happened while she was betrothed to Simon. A man picked for a husband for her. Kristin was torn by guilt and regret, but marries Erlend and raises eight children. Her love for Erlend deepens, but their marriage is not perfect. Erlend is moody and sloppy when it comes to money and goods. They grow apart, but reconcile as well. When Erlend dies, Kristin decides to become a nun. During the plague pandemic she takes care of the ill and dies from the illness in the end ass well. 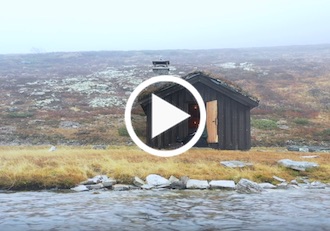 This short documentary (7:30 minutes) is made by Sel Teaterlag in 2018 and is about Sigrid Undset and her connection to Gudbrandsdal, the place that was use as a background for Kristin Lavransdatter. This documentary is Norwegian, but don’t let that stop you from taking a look. You’ll see wonderful images of Gudbrandsdal. Images that will surely be recognised by St. Olav's way cyclists or will inspire you to go over the St. Olav's way by bicycle! 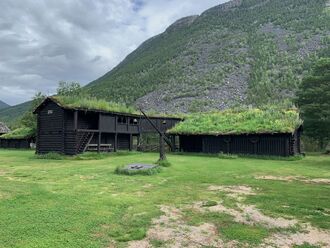 See the trailer of the movie
Reed more about the movie 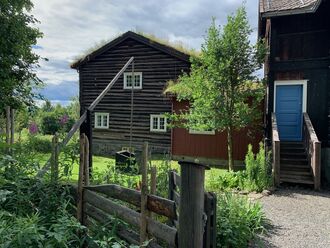 Bjerkebæk is situated in Lillehammer and it is the home of Sigrid Undset (1882-1949), the author of Kristin Lavransdatter.
She lived here with her three children in old log houses moved from two farms in Gudbrandsdalen and gave the inside of Bjerkebæk a personal touch. The name itself is a conjugation of the two words bjørk en bekk (birch and pond). Sigrid Undset lived here from 1919 till her death. In 2007 the house became a museum and the interior was reconstructed from the period of the nineteen thirties.